Where does one begin to accurately describe the legendary money launderer & leg breaker turned producer Dick Urine? At the beginning I guess... Born Richard Avon Yorun November 24, 1960 in Flushing New York to parents Carver Yorun & Lynn Longmeadow Yorun young Dick often found himself left alone while his parents worked to raise him and his 6 sisters and Dick often found himself in trouble, getting caught shoplifting and almost getting arrested at age 6 for beating up a neighborhood kid and taking his sixty-five cents. That summer the Yoruns packaed up and moved to Chelsea Massachusettes, a rough city where Dick became familiar with members of a certain crime family who he delivered newspapers to during his youth and who thought he was a bizarre but funny little kid, always wearing a heavy black wool cap and dark glasses. One spring day when he had just turned 8 he would happen upon the aftermath of a Chelsea alleyway mafia execution that would change his life forever... one of the family saw him and called himover, after some questioning he left behind the newpaper route and started running deliveries and local errands for what became his second family. They paid him well and for years he buried the money in coffee cans around Garden Cemetery, eventually digging them up and buying his first Cadillac when he was only 17 years old. His parents died when he was only 19, both lost in a winter car accident in the Callahan Tunnel on Christmas Eve 1979 and Dick was left caring for 4 of his younger sisters and that year they packed up and moved again - this time to Manchester New Hapmshire. Dick would make the daily commute to Chelsea for work and by his early 20s he had moved up the ladder and was now a collector/enforcer for the same local mafia family and he was making more money than he could spend. He had also started drinking heavily and using the high-test cocaine that was flooding the streets of Boston in the early 80s so he could work nights & days and still take care of his sisters. During this period he would spend free time at local dives like The Picc-A-Dilly Lounge, The Naked I and Cantone's - where one night he met a young punk rocker called GG Allin who was hanging around the bar getting ready to play a show. They talked, had a beer and Dick stayed to watch, loving the energy and who-gives-a-shit attitude of this band the Jabbers. They spoke more after the gig and GG invited Dick to see them again when they played Cantones again a few weeks later, which he did. When GG discovered Dick lived in Manchester too, they developed a friendship that lasted until Dicks untimely death in 1984, during which time Dick became GG's most infamous producer and agent and the man who was integral in pushing GG toward the more animalistic / minimalist approach that defined his post-Jabbers career and brought the world such classics as Eat My Fuc, the first Scumfucs 7" as well as the earliest live GG cassettes and more.

Dick was also a great singer in his own right and recorded a mass amount of tape while waiting for artist to show up during booked studio time. We found many of these tapes after Dick’s death and released them to be heard by the public for the very first time. With a plethora of guests including GG Allin on Drum Machine & Prince Paulley on Keyboards called “The Lost Dick Urine Tapes”. Dick died in a motorcycle accident in Sweden, where he was buried since his sisters couldn't afford to have him flown back home. (Rumor has it that there are still coffee cans full of cash buried all over the Garden cemetary in Chelsea). The photo of the ceramic pig below was actually unearthed by Dick's sister Hadley in 1987 when she brought flowers to her parents grave and hit something hard and hollow while digging a hole to plant them - it held $1400 in $50 bills! 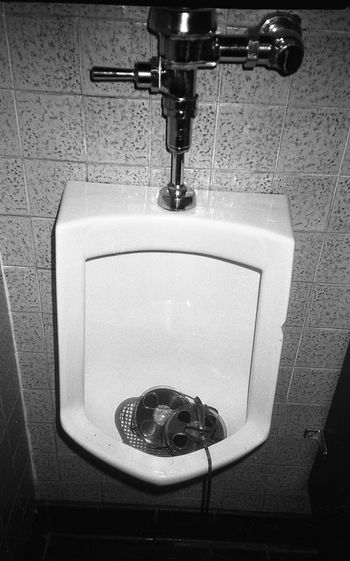 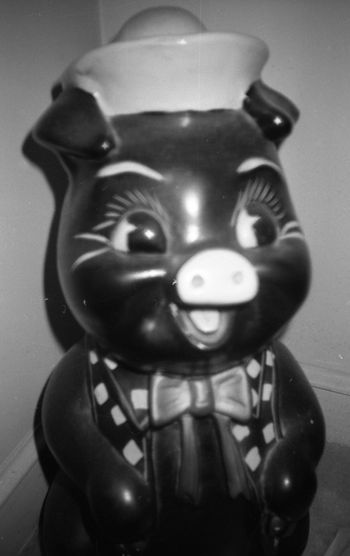 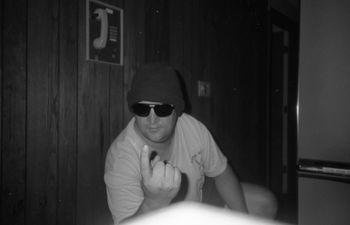 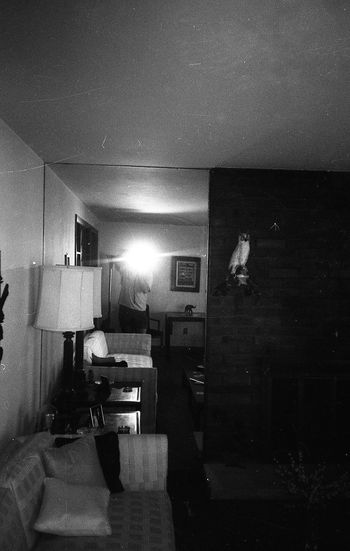 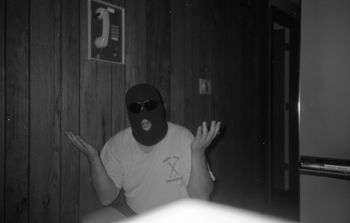