What Can I say that has not been said about “The King Of The Underground,” the man who helped create the music genre “Scumrock”?

A lot actually, but all I really want to point out is that the below releases are still available here on the Black & Blue and Blood Orange Records web sites and are all available for download at your favorite e-music source.
These are the early year recordings, long before GG was incarcerated, before the film “Hated.” Back when GG was trying to make his mark in music. His years with The Jabbers, The Scumfucs, variations of both, and his one infamous gig with Afterbirth. They say Jail changes a man, all you need do is listen to his other releases to experience the difference.

GG did not have the advantage most rock stars have of rich parents nor did he join a band that had help from other members’ families. He like many of us tried to beat the music system and unlike many of us GG did!
Sadly it eventually cost him his life.
How many rock stars have the shelf life GG has had?
GG is still quite relevant long after his death and will continue to be with new releases still popping up regularly by both Black & Blue Records and Blood Orange Records.
Look at all the artists that write about him or claim him as an influence. He truly is bigger in death than he was in life, a true music legend!
So pick up one of the Black & Blue or Blood Orange GG releases and experience the GG Allin I knew and loved (not sexually unless you count him pissing on my leg once) and see if you won’t agree with me that there is a lot more to GG than the sensational untamed and violent stage antics most of his critics dismiss him as simply being.

GG lives on through his music and legendary performances with the best of it all right here on Black & Blue Records and also at Blood Orange Records - the only true official GG Allin websites. - Peter Yarmouth 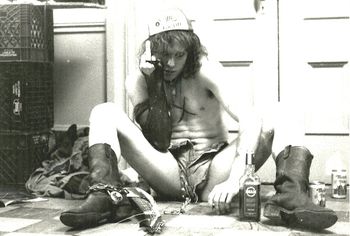 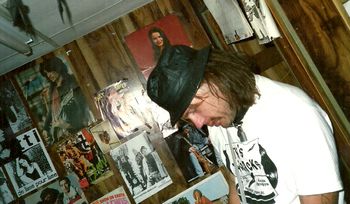 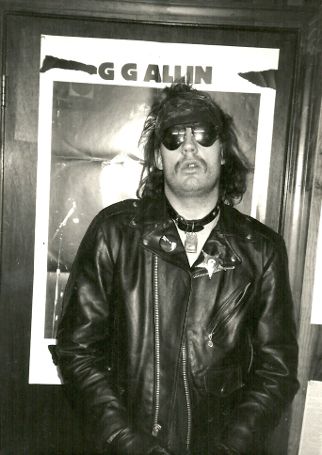